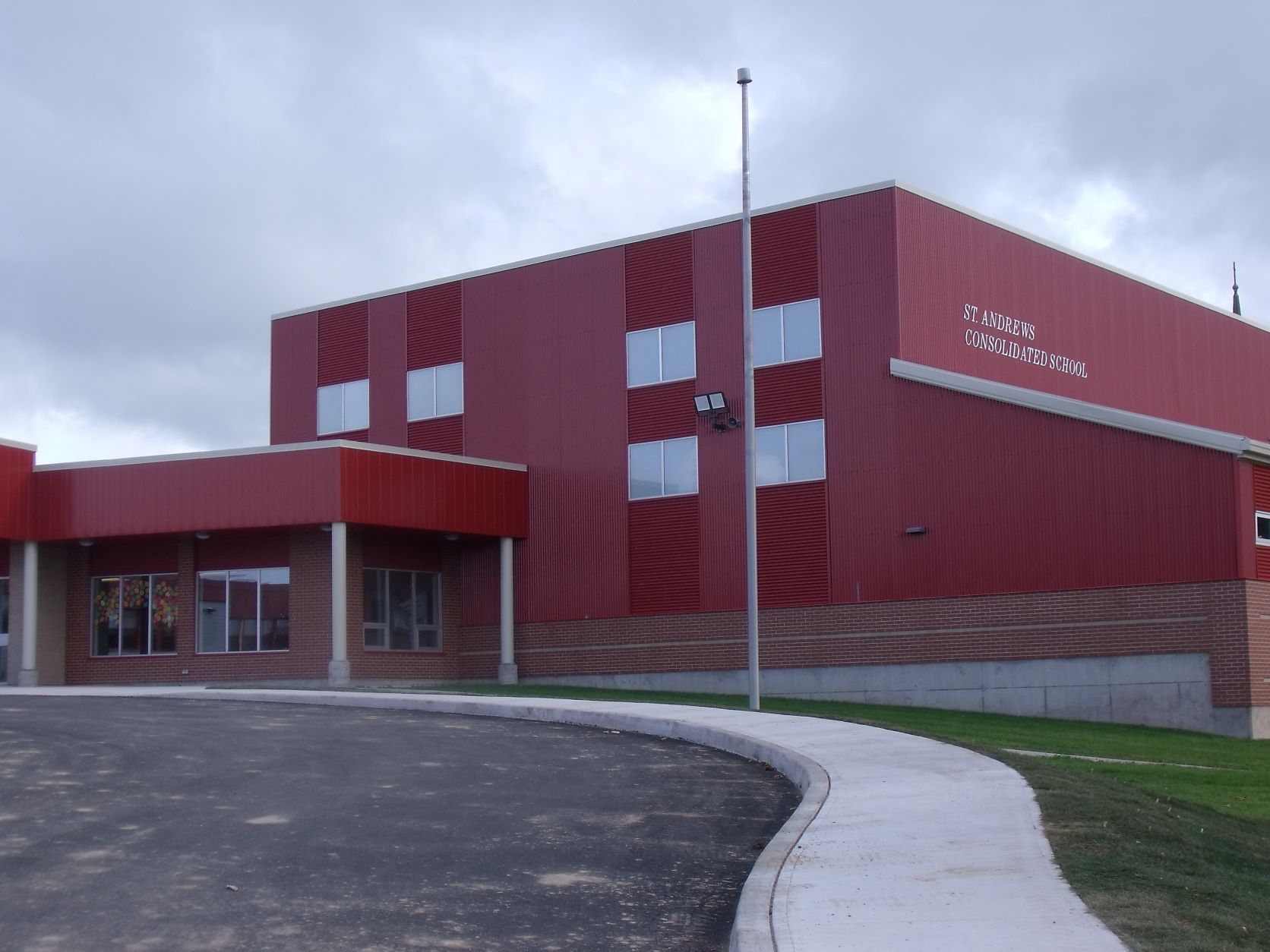 The addition of a new gymnasium and main office area to the existing building is the first phase of a planned overhaul to St. Andrews Consolidated, a P-6 school in the thriving village of St. Andrews, Antigonish County, Nova Scotia. Also included in the upgrades were change rooms and a state-of-the-art music room facility that can be opened to the gymnasium for concert events and school functions. The original contract for the addition of the new gymnasium, main office, entrance foyer and music room was let in 2014 and completed in time for the resumption of fall classes. In 2015 a series of smaller projects was tendered including the new bus loop, replacement of exterior sliding windows on the existing school, and selected work within the school. The interior renovations included an addition to the classroom paging system, an amplification system for classrooms, and a CCTV system with interior and exterior cameras. Changes to the sprinkler and ventilation systems were also included in the interior work. There is still some work to complete with the existing school upgrades and these will continue in phases.

A.H. Roy & Associates were the design engineers for the mechanical and electrical systems, which included a HVAC system for the gymnasium, and fire protection and plumbing design for the school addition. Enhancements also included a new electrical service, LED lighting for the gymnasium, a high-end sound system for the music room and gymnasium, as well as one of the first school lockdown systems for the Strait Regional School Board.