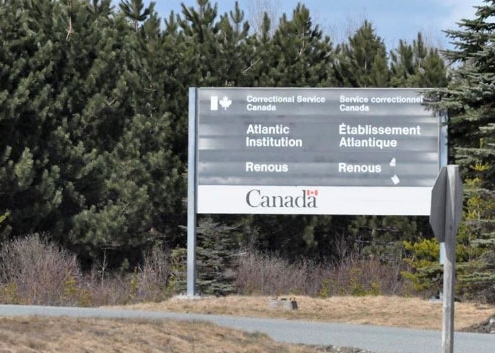 Atlantic Institution was opened in 1987 on the north bank of the Southwest Miramichi River; the property was formerly used as an ammunition depot, by the Canadian Forces.

Renous was selected as the site for the new maximum security prison for Atlantic Canada during the early 1980s after the aging Dorchester Penitentiary was evaluated as being unsuitable for the changing focus of correctional services for repeat and violent offenders.

Following the opening of the Atlantic Institution, the Dorchester Penitentiary was downgraded to handle medium security prisoners in conjunction with the Springhill Institution.